After a heated argument with your boss, probably involving pineapple and pizza, you are now the proud owner of the flimsiest ship in the galaxy, on your way to deliver your cargo of [REDACTED] to [REDACTED]. How long will it take? Who knows!

You must survive as long as you can with your ship, fixing up its constantly-breaking stations to keep both it and you voyaging through space! Make sense of the chaos around you through visuals and sound to prioritize the immediate dangers that arise. The different areas will have different cues pertaining to their current status, so pay careful attention as you learn to recognize them!

We apologize, as we ran out of time to make a tutorial or win screen, but you can brag about how many years you survived in the comments! If you want to have a straightforward explanation of the stations instead, read below.

- Radar: Controls whether the alarm sounds off when your ship is going to collide with something. You'll know this needs repair when you no longer hear the occasional regular pinging

- Pilot seat: You interact with this to extend how long before you collide with an asteroid. If you fail to do so, you will be hit at a faster rate, so this will be a top priority!

- Oxygen generator: Unsurprisingly, a lack of oxygen causes death. There's a subtle whirring sound in the background while this is working, and you can hear it slowly shut off when the power is depleted. Pay attention to the sound and your health!

- Medbay: The lights on the bed will indicate whether it has power or not, and after so many uses, it will break down.

- Elevator: Similar to the medbay, but you'll see sparks flying out when it's unusable

- Power generator: You'll notice that the lights are fading, and this is the time to start running to repair! Once this happens, the backup power will start depleting, and when fully drained, the ship will stop running. As soon as you start repairing it, backup power will begin to replenish, so don't worry if it gets a bit low, but ideally fix it up as much as you can.

- Vent: Despite those warm, glowing eyes, you'll want to be careful around the vent. When you hear the screech from across the ship, there'll be danger afoot! You'll want to repair the vent when the monster isn't present, or you might get a painful hug.

Had no idea what I was getting myself into and sure was glad I found myself into it. It had good pacing and it was simple to learn from the get-go! Keep up the awesome work.

Hey, I'm reaching out to top-placing devs of the Brackey's Jam to ask if you'd be up for participating in an interview discussing the development of your game? I run gamedev interviews as part of my daily streams (7:30 - 9:30 PM [GMT-4]). Please let me know if you happen to be available and we can connect on Discord; Bluish-Green Productions Discord Invite

I'll play your game anyway, but it will be nice to have you on stream:) If you plan to join the stream, please let me know and I will wait for you to actually join before playing your game (let me know when you join in the stream chat). If you can't make it to this stream, but still would like to see your game being played live - let me know as well and I'll postpone your game till the next stream.

Keep in mind though that I am typically quite honest and if you join the stream be prepared to hear what I actually think about the game, which might quite disagree with the rankings.

My only criticism is that it doesn't feel very tactical. Like I run around anf fix stuff, there doesn't seem to be a relevant methodology to it. Overall though, it was fun, exhilarating and inventive! Excellent job!

Interesting idea, though the execution could do with some work. There's no way for me to know which of the systems is currently beeping at me for attention I could find, so the only thing I can do is run around and tend to them randomly.

We did attempt to make some diagetic indications for when stations went down, such as the lights going off when the power generator is depleted, the radar no longer pinging when unpowered, etc. But I'll definitely look into trying to make clearer indications in the future. Thank you for the feedback. 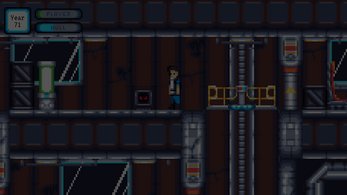 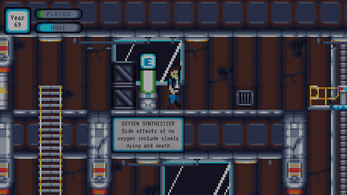 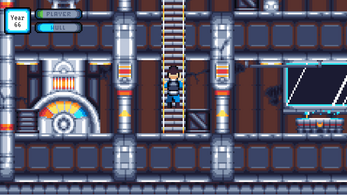 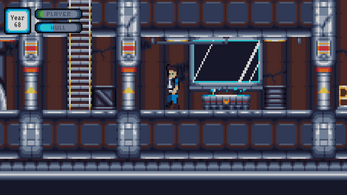